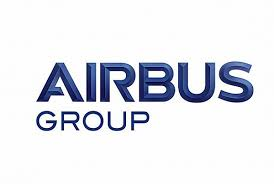 It was an excellent year for Airbus Group NV (EPA:AIR) as the group bagged more jet orders than its rival Boeing Co (NYSE:BA). However, the company did come second in jet deliveries, which is the point of discussion in Airbus management. The jetliner announced stability in its supply chain and the company is likely to increase the production of its money-spinner aircraft, A320.

The latest strategy of the company would be to produce more cash-generating aircrafts and cut down the ones with lower demand. Airbus Group NV (EPA:AIR) announced that it is quite likely to cut down the production A330 amid declining industry demand. Fabrice Bregier, the chief executive of plane-making unit of Airbus, defended A380, double-decker jet from Airbus, claiming better days in future.

At the same time, he said that any decision related to A380 would be taken entirely on business grounds. The market is expecting an upgrade of largest aircraft of the company as it would help the jet compete against Boeing’s 777X. Airbus Group NV (EPA:AIR) is planning to increase the production of its cash cow, A320, from 42 crafts a months to 46. John Leahy, sales chief of Airbus, said that he would rather prefer the production rate surpassing 50 units per month. Bregier also said that the management is debating over the sales and production of its higher selling single-aisle A320 aircrafts.

While talking about the new production strategy, Bregier said,

“When we are ready, and clearly in the first half of 2015, we will give you the new production plan if and when it is decided.”

At the same time, he gave a hint about the production cut of A330 without any specific numbers.

5 Least Expensive Cities in the World

10 Celebrities Who Believe In Scientology