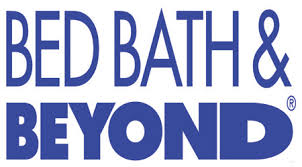 In terms of total revenue, Wall Street had projected $2.9 billion, but the company posted $2.94 billion.

The company’s earnings per share got a boost from the fast growth registered in same-store sales. Same-store sales registered a 3.4% gain within the same period, topping the 1.5% that Consensus Metrix had forecasted.

In extended trading yesterday, Bed Bath & Beyond Inc. (NASDAQ:BBBY) posted an 8.5% rise, an increase that also surpassed many analysts’ forecasts. The company’s shares went high to trade at $68 a share. Although the report is good, Bed Bath & Beyond Inc. (NASDAQ:BBBY) hasn’t performed well this year. The company’s stock fell to $62.69 before the report, which represents a decline of 16% in the last 12 months. This was against the expectations of many analysts who thought that the company would gain a lot based on the Standard & Poor’s 500 index that has posted a gain of up to 7% this year.

Bed Bath & Beyond Inc.’s tumble this year reached a deplorable 22% and was only able to pick faster after yesterday’s report. Bed Bath & Beyond Inc. (NASDAQ:BBBY) has faced stiff competition from online retailers, plus the year delivered a general downturn for many companies in the industry.

Bed Bath & Beyond Inc. (NASDAQ:BBBY) also owns a couple other chains such as Christmas Tree Shops, Buybuy Baby, and Cost Plus World Market.

A survey carried out by Morgan Stanley’s home-furnishings found that 80% of people who buy from Bed Bath & Beyond Inc. (NASDAQ:BBBY) stores do so because of the 20% off per item coupon. While other factors such as good service, quality products, and fair prices also play a role, their effect isn’t as much as that of the coupons.