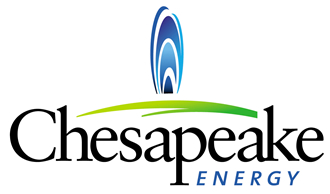 Chesapeake Energy Corporation (NYSE:CHK) has lost legal battle for redeeming notes worth $1.3 billion earlier than the maturity date. The opposition, Bank of New York Mellon Corp, has gained support from the court as well as other investment firms.

The 2nd U.S. Circuit Court of Appeals in New York revoked earlier ruling that agreed with the early redeeming of notes by the energy company in May 2013. The officials and investors involved in the process agreed that Chesapeake Energy Corporation (NYSE:CHK) unrightfully redeemed the notes after issuing a notice in March 2013, hence saving over $100 million in interest payments.

Bank of New York Mellon was of the opinion that the redemption could affect other bondholders and hedge funds in a shorter time-period and the bank suggested using any ambiguity in the notes against the energy company. Chesapeake Energy Corporation (NYSE:CHK) released official statement saying, “We are reviewing this decision and assessing our options.” The energy company redeemed these notes in its 2013 refinancing process, where it incurred a loss of $33 million. The funds were used to ease off the debt-burden of the company and cover up for losses occurring from dropping gas prices.

If everything goes in favor of Bank of New York Mellon Corp, this legal dispute could cost the energy company up to $400 million in terms of disputed bond payments to the bondholders. When Chesapeake Energy Corporation (NYSE:CHK) redeemed $1.3 billion worth of bonds in March 2013, the bondholders argued for an additional payment considering the fact that the energy company did not provide a 30-day notice prior to the redemption.

At the time of initial filing, the pending payment equaled $380 million (29 cents on dollar) but with the interest rate of 9%, the current pending amount exceeds $430 million. Chesapeake earlier announced that it has net cash reserves of $4 billion on September 30, 2014.