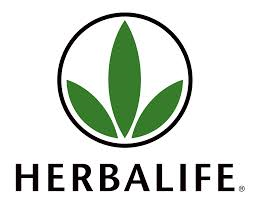 When rumors came out on Monday that billionaire Carl Icahn was offloading his stake at Herbalife Ltd. (NYSE:HLF), the company stock went down below $39 for the first time in more than a year. However, when Fox Business’ Charles Gasparino tweeted that Icahn hadn’t sold his shares, the stock jumped up again, posting 8.31% to trade at $43.55.

Another viewpoint that helped cool down the anxiety about the billionaire’s exit is CNBC’s tweet that Icahn cannot legally sell his shares at Herbalife Ltd. (NYSE:HLF) because as an insider, he is restricted from selling his stake during a blackout period, which is close to the quarter’s end.

Icahn’s stake at Herbalife Ltd. (NYSE:HLF) amounts to about 19%, and he’s the company’s highest-profile supporter and shareholder. Herbalife Ltd. (NYSE:HLF) is a global health, nutrition, and a multi-level marketing company, selling products across the globe. The stock has been having good health, but according to TheStreet’s downloadable report and rating, the company is a Hold with a C rating, meaning it can go either way, but with no concrete indications to bolster either. According to TheStreet;

“The company’s strengths can be seen in multiple areas, such as its revenue growth and expanding profit margins. However, as a counter to these strengths, we also find weaknesses including deteriorating net income, weak operating cash flow and a generally disappointing performance in the stock itself.”

Either way, Herbalife Ltd. (NYSE:HLF) has been performing averagely and the new assurance that Carl Icahn will be around will help stabilize the

This article has been written by Victor Ochieng and edited by Serkan Unal.