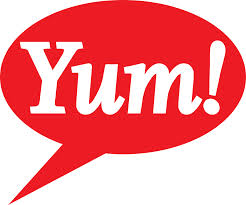 Is YUM! Brands (NYSE:YUM)‘s Pizza Hut on the same spree as Taco Bell and KFC to explore to fast-casual method of serving its fare akin to Chipotle Mexican Grill Inc (NYSE:CMG)? There are all kinds of eating outfits – while on the run you could resort to something like Chipotle Mexican Grill Inc (NYSE:CMG) but if you have time to sit and relish every mouthful of your fast-food then one of the 15,000 joints of Pizza Hut might well suit your purpose. The two styles did not mix so far but now there are indications that they might indeed blend wherein it would be possible to have a customized and fresh-topping pizza in a fast-casual set-up. This trend has been the hallmark of 2014 for joints like YUM!Brands (NYSE:YUM)’s Pizza Hut and Dominoes with latter confirming as early as the month of January that it would be revamping its outlets to echo the fast-casual model which would be strongly reminiscent of Chipotle Mexican Grill Inc (NYSE:CMG). To explain the decision, Dominoes Vice President Tim McIntyre said the following –

Adopting such an idea for YUM! Brands (NYSE:YUM)‘s Pizza Hut would take a paradigm shift in its operations and appearance and it could be either achieved by opening new outlets or altering the existing space completely. But irrespective of the alternative, YUM! Brands (NYSE:YUM)‘s Pizza Hut does not have much choice but to embrace the change it if it has to survive in future. Darren Tristano, executive Vice-President of Technomic best explains the global chain’s dilemma when he says –

“When it comes to lunch, and when it comes to dinner, this whole fast-casual pizza is taking a number of cities by storm. And Pizza Hut really needs to be aware of it, invest in it and potentially evolve to it. It’s not within their nature to be a fast-casual restaurant. They could potentially be their own worst enemy and roadblock because of their history, and their nature, and their brand and who they are.”

With fast-casual Chipotle Mexican Grill Inc (NYSE:CMG) style set to become the new trend which is likely to sustain long-term, popular food-chains might as well incorporate it to be able to share in some of the growth and revenue which is likely to accrue.

This article has been written by Vinita Basu and edited by Serkan Unal.