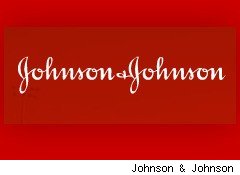 Splenda is an artificial sweetener manufacturer developed by McNeil Nutritionals, subsidiary of Johnson & Johnson (NYSE:JNJ), and Tate & Lyle PLC (LON:TATE). The sweetener business has annual revenue of $300 million and maintains good margins with regular cash flows. It is likely to attract private equity buyers; however, the declining interest in the artificial sweetener industry might be a concern.

At the same time, Tate & Lyle PLC (LON:TATE) is predicting decline in sucralose prices by as much as 25% and the British company would renegotiate contract prices to compete against its Chinese rivals. Another primary reason for concern is the changing drinking habits of the customer and the prominent customers are moving towards health drinks. Declan Morrissey, analyst at Davy Research, is following up the British sucralose company and said, “You can use carbonated soft drink volumes as a proxy for sucralose volumes and they’ve been falling by low single-digits for the last 12 to 24 months. So you’ve got a top-line volume component that’s struggling and then pricing that’s off 20 to 30 percent.”

Earlier last month, Johnson & Johnson (NYSE:JNJ) acquired rights to develop the cancer blood treatment of Geron Corporation (NASDAQ:GERN) and JNJ is likely to pay up to $935 million upon the regulatory approval of the drug. It paid an upfront amount of $35 million for the pipeline drug.

The 10 Richest Stand Up Comedians in the World

The 10 Fattest Countries in the World