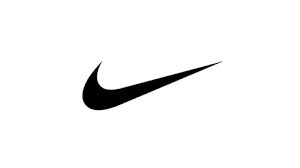 ‘History repeats itself’ is probably the best way to describe Kevin Durant’s decision to continue his contract with Nike Inc (NYSE:NKE) and not shift to Under Armor Inc (NYSE:UA). This only underlines Durant’s liking for Nike Inc (NYSE:NKE), something that had become apparent in 2007 when the player was fresh out of college and had rejected a more lucrative deal from Adidas in favor of this brand.

Doubts had risen over Durant’s continuity with Nike Inc (NYSE:NKE) when Under Armor Inc (NYSE:UA), its competitor, made him an attractive offer of $250 million over a period of ten years subsequent to the expiry of his contract with the company. This Baltimore-based company is situated in close vicinity of Durant’s home-town in Maryland and boasts of more than 90% of the market pertaining to basketball shoes. In order to woo Durant away from Nike, Under Armor Inc (NYSE:UA) had also promised him 10% share in equity stock as also a community center in his mother’s name. On his part, Kevin Durant made it clear that he would still consider Nike Inc (NYSE:NKE) if it could match Under Armor Inc (NYSE:UA)’s offer, which he did the moment they notched up the amount to around $265 million. How the company intends to make up for the equity stock and community center remains to be seen but as of now this deal has ensured that Durant will serve as Nike Inc (NYSE:NKE)’s brand ambassador for the next 10 years and likely to earn $300 million. It is inclusive of a retirement package of $50 million too and all of this prompted the player to sign the deal on Saturday while he was attending a teammate’s wedding in Austin, Texas.

For Nike Inc (NYSE:NKE) it is a continuation of the legacy of sponsoring well-known basketball players as Durant succeeds all-time greats Michael Jordan and Kobe Bryant. As far as Kevin Durant is concerned, he is likely to earn more from endorsements in the coming years than from playing basketball.