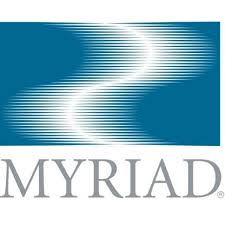 Shortly before the markets closed Tuesday, CMS published its response to comments received during the January/February comment period related to the 48% price cut in CPT code 81211.

Based on comments received, CMS opted to revise the price upward to $2,200. After the broad 0.75% reduction to the Medicare Clinical Lab Fee Schedule in 2014, pricing for BRCA 1/2 testing will be $2,183.50, and pricing for total integrated BRCA pricing will be $2,767 (testing for indels [BART] was unchanged). The new price will be effective April 1, 2014, and will not be retroactive. Given the new Medicare pricing, we expect to revise our estimates upwards.

During the two comment periods, CMS received revised data from the local Medicare contractors (MACs) suggesting pricing for CPT code 81211 ranged from $2,000 to $2,500 versus the prior pricing of $995 to $2,800 submitted by the MACs during the reconsideration period in October (perhaps driven by the exit of Gene by Gene at $900).

In terms of commentary related to the price cut/criticism around the gap fill process, CMS deferred to pricing data provided to CMS by the MACs throughout the process— suggesting Noridian had confirmed pricing was appropriate and that there was no error in data reported based on CMS’s knowledge. While this data was not made public until late in the process, CMS cited its ability to revise the national limitation amount (NLA) for a code based on data received during the October reconsideration period.

CMS made a point of remaining neutral around the quality of testing offered by various labs—stating “CMS establishes one price for each code under the Clinical Laboratory Fee Schedule (CLFS) and does not establish separate prices for the test codes based upon the quality of the test results. Providers are free to select the test that they believe is most appropriate for the patient.”