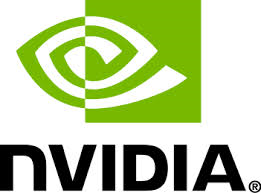 NVIDIA Corporation (NASDAQ:NVDA), Beverage Corp (NASDAQ:MNST) and The Gap Inc. (NYSE:GPS) were the companies which closed the week with the significant gains.

Dow Jones having bottomed out the previous day since April this year, American stocks opened on a rising on Friday in previous week, much to the relief of investors across the nation as also the world. Experts attributed this northward movement to two major geopolitical events, namely Ukraine and Iraq wherein the former indicated de-escalating of conflict courtesy of Russian initiative. Iraq’s contribution towards the rise is being described as President Obama’s approval to air-strikes to mark the end of cease-fire and stop the rapidly advancing radical groups. Some of the well known stocks that rose sharply are NVIDIA Corporation (NASDAQ:NVDA) which showed a whopping 8.9% increase in its earnings and More results Monster Beverage Corp (NASDAQ:MNST) whose earnings jumped by 6.7%. For both companies the sharp gains were thanks to having exceeded analyst’s estimates pertaining to second-quarter results. While for NVIDIA Corporation (NASDAQ:NVDA) which earnings per share were 30 cents as opposed to 26 cents that had been forecasted, for Monster Beverage Corp (NASDAQ:MNST) it was 81 cents as against the predicted 75 cents.

Another company, that showed a significant increase, was The Gap Inc. (NYSE:GPS) which showed a jump of around 6% subsequent to having presented a healthy sales figure for the second quarter.

While developments in Ukraine and Iraq happened almost simultaneously, the former was observed as playing a far more seminal role than the latter probably because it represented a breakthrough after several rounds of talks had broken down.

“When you see the geopolitical news in Russia and the Middle East, it’s horrible from a humanitarian point of view for U.S. equities, but how bad is it for U.S. economic fundamentals? It’s pretty distant. We’ve had a big selloff since the highs in July and in my estimations, this has been a pretty orderly retreat spurred by overstretched market conditions.”

And this sums up the situation quite well.

This article has been written by Vinita Basu and edited by Serkan Unal.
A Profitable Day At The Track: 5 Tips For Betting On Horses
The 10 Most Expensive eBay Items Ever Sold