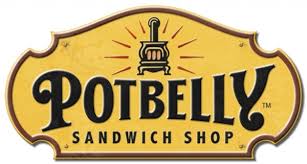 Potbelly’s stock has declined nearly 30% so far this year and is down more than 40% since late October. While estimates have retracted about 10% on weather-related softness in the first quarter and the company’s decision to enter a new hub market in 2014, the bulk of the stock decline is the result of multiple contraction, with the company’s P/E multiple on 2014 estimates down from 80 times in late October to 50 times today.

Moreover, Potbelly’s short interest has skyrocketed to 4.8 million shares as of mid-March, more than 15% of total shares outstanding and representing nearly 18 days to cover. While admittedly, weather will play a factor in first-quarter results and our first-quarter sales estimate is somewhat shy of consensus, we believe the impact of adverse weather is already well contemplated by the Street and that the earnings risk is muted

Longer term,Potbelly has room to more than triple its restaurant base, with our saturation analysis suggesting the potential for at least 1,000 locations, from about 296 domestic locations today, based on one-half of the penetration Potbelly has already achieved in its home market of Chicago. As a result, we view management’s target of at least 10% annual company-owned growth for the next 10 years as reasonable, implying less than 800 domestic locations by the end of 2023.