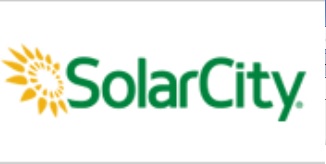 SolarCity Corp (NASDAQ:SCTY) reported its third quarter 2014 results with top earning results while missing the revenue estimates for the quarter. The shares of the power company lost nearly 6% in the regular and extended trading sessions.

The electric company announced net revenues of $58.3 million during the third quarter 2014 with gross profit of $25.9 million and net income of $19.2 million during the quarter. SolarCity Corp (NASDAQ:SCTY) reported net loss of $0.75 per share against the market expectations of $1.09 per shares. It was a record quarter with 230 MW of booked electricity and 137 MW deployed during the quarter. The company lowered its total cost for production to $2.90 per watt and installation costs of $2.19 per watt. The solar company reported 105% increase in its consumer base at 168,000 customers as compared to 82,000 during the year ago quarter. SolarCity Corp (NASDAQ:SCTY) released promising forecast for the fourth quarter 2014 with expected MW deployment of 179 MW to 194 MW. The company raised its full year MW deployed forecast for 2014 to 505-520 MW.

Earlier, analysts expected net loss of $1.09 per share according to a survey conducted by Zacks Invest Research and net revenues of $58.8 million. At the same time, survey conducted by Yahoo! Finance recorded net loss expectations of $1.11 per share with revenue expectations of $60.23 million. The solar power company recorded lower quarterly revenue as compared to the $61.3 million second quarter 2014 revenues.

The shares of SolarCity have lost 4.19% share value year-to-date and the company has net market capitalization of $5.46 billion. The company has institutional ownership of 37% with its total assets exceeding $4.14 billion at the end of third quarter 2014. Its operating activities provided $22.5 million in net cash at the end of this quarter.

Countries With Lowest Cost of Living