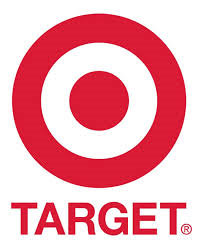 After incurring losses in its Canadian operations for over 2 years, Target Corporation (NYSE:TGT) has finally decided to terminate operations in Canada. The statement came right from the CEO of Target announcing the closure of 133 Canadian stores and more than 17,000 employees at the Canadian subsidiary of the retailer are likely to lose their jobs.

In total, the retailer has spent over $2.1 billion in Canadian operations and experts are considering it an excellent decision propelling long-term growth for the retailer. At the same time, the retailer revised its sales growth for 2014 to 3 percent from an initial 2 percent estimate while increasing the EPS estimates for the latest quarter.

“After a thorough review of our Canadian performance and careful consideration of the implications of all options, we were unable to find a realistic scenario that would get Target Canada to profitability until at least 2021. Personally, this was a very difficult decision, but it was the right decision for our company.” As a part of the decision, the company will lay off its 17,600 employees in Canada and pay for 16-weeks in severance pay. It will cost Target Corporation (NYSE:TGT) up to $600 million to quit operations in Canada.

This decision from the retailer has received excellent response from market experts and Matt Nemer, Wells Fargo, said, “We think they’re in the early stages of a retail turnaround.” A similar response was received from Brian Sozzi, Belus Capital Advisors, who said, “The news comes earlier than what I thought … [but] overall it’s a great decision.”