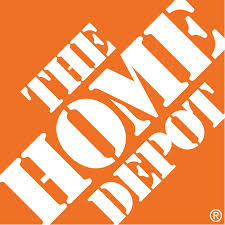 The Home Depot, Inc. (NYSE:HD) has reported that about 53 million email addresses has been stolen by hackers from its system. This is in addition to the company’s previous disclosure in September that approximately 56 million payment cards that have been breached, surpassing the number of cards affected in a similar incident at Target Corporation (NYSE:TGT) last year, which reported about 40 million cards affected.

The Home Depot, Inc. (NYSE:HD), a world leader in home improvement, said that hackers used a stolen login credentials of third party vendors to access its network perimeter. The hackers then gained further rights to navigate the network, installing malware in the company’s payment self-checkout terminals in U.S. and Canada. The malware, which accessed customer data, was designed to evade antivirus detection and was never seen in other data breach attacks. It has been since removed, the company said. In a statement regarding the data security breach, The Home Depot, Inc. (NYSE:HD) noted that the email addresses did not contain sensitive personal information, passwords, and payment card information. The company will also notify any customer whose email address has been taken. It also assured customers that they will not have any liability for fraudulent charges against their accounts and offered free identity protection services that includes credit monitoring to any customer who used a payment card at The Home Depot, Inc. (NYSE:HD) from April 2014 onwards.

To bolster security of its data systems, The Home Depot, Inc. (NYSE:HD) has started implementing enhanced data encryption in its stores across the U.S., and it is expecting to complete the security upgrade in its Canadian stores by early 2015.

The company’s growth target remains positive, re-affirming its 2014 forecast of sales growth pegged at 4.8 percent, and a forecast of $4.54 earnings per share. The forecast has factored cost estimates related to the data breach. According to Reuters, Joseph Feldman, a Telsey Advisory Group analyst, thinks that the company’s ability to maintain sales target for the full year means that customers are still showing up at the company’s stores.

The 10 Busiest Shipping Lanes in the World

5 Most Valuable Brands in China