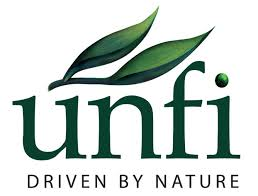 United Natural Foods, Inc. (NASDAQ:UNFI) witnessed an upward rally in the extended trading session on Wednesday after the quarterly results of the company overthrew the market expectations.

Shares of United Natural Foods reached $66.79 with a 5% increase in its share price while crossing Wall Street’s estimates on its earnings. United Natural Foods, Inc. (NASDAQ:UNFI) reported net revenue of $1.76 billion for the fourth quarter 2014 with an increase of 7.4% against the net sales of $1.64 during the same period last year. Net income for the quarter was $33.4 million with an increase of 4.0% from the same quarter last year with diluted earnings per share of $0.67. The gross margins witnessed decline from 17.3% in the same quarter last year to 16.4% for this quarter. “During fiscal 2014 UNFI continued to enhance its product offering through the acquisition of Tony’s Fine Foods while building out capacity and infrastructure. These initiatives will serve us well as consumers and retailers continue to demand our natural, organic, ethnic and specialty SKUs.”

Read: “Warren Buffett and Billionaires Are Crazy About These 7 Stocks”