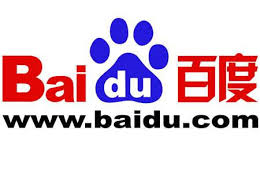 In its quest for hiring the best top management team, Baidu Inc (ADR) (NASDAQ:BIDU) hired the most-regarded Microsoft Corporation (NASDAQ:MSFT)’s executive in China, Zhang Yaqin for a new business role. The company is said to improve its portfolio with more acquisitions and investments in innovative technologies.

The main reason for hiring Zhang is to offer the right leadership to the technology innovation department of the company and further, it will allow Baidu Inc (ADR) (NASDAQ:BIDU) to strengthen its portfolio against rivals including Alibaba Group Holding Limited and Tencent. Zhang is known for his role in the development of cloud computing services at Microsoft Corporation (NASDAQ:MSFT). Earlier the company hired leading Google Inc (NASDAQ:GOOGL) Scientist, Andrew Ng, as the head of its artificial intelligence lab in Sunnyvale as well as Beijing. Ng is known for his contribution in developing the much-acclaimed “Google Brain” artificial intelligence program and a neural network of computers with self-teaching ability.

“Andrew is the ideal individual to lead our research efforts as we enter an era where AI plays an increasingly pronounced role.” He further considered Ng as “a true visionary and key contributor to the field of artificial intelligence.”

According to Ricky Lai, Guotai Junan International research analyst, Zhang might be a part of bigger plans including the development of mobile video service, iQiyi, by Baidu Inc (ADR) (NASDAQ:BIDU). Zhang was responsible for regional research and development work in multiple cities throughout China including Shanghai, Beijing, Sydney, Shenzhen, Bangkok, and Hong Kong.

With the expertise of Zhang in the development of Cloud computing services and innovative technology project, Baidu Inc (ADR) (NASDAQ:BIDU) is on the right path of development.

“Microsoft Corporation (MSFT) and Others Played Their Cards Ahead of Apple Inc. (AAPL)’s iPhone 6”

“After Qualcomm Inc (QCOM), Microsoft Corporation (MSFT) to Explain Itself to China within 20 Days”