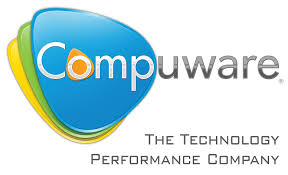 Elliott Management can finally benefit from its stake in Compuware Corporation (NASDAQ:CPWR) and it was for the efforts of the hedge fund firm that Compuware agreed for a $2.5 billion buyout offer from Thoma Bravo.

“We began with the IPO of Covisint, initiated a robust dividend, divested non-core operations, and aggressively reduced corporate expenses. Compuware is now best suited to focus on its core mainframe and APM businesses as a private-equity backed company, where we can continue to serve our customers in a competitive environment with greater flexibility to take a long-term approach.”

According to the deal, Compuware shareholders would receive $10.92 per share with a 17% premium to the stock price as of August 29, 2014. It will include cash purchase worth $10.43 along with a pro rata corporate tax (nearly $0.18 per share) leaving shareholders with net share price of $10.25 per share. Elliott Management has voted in favor of the deal with its 9.5% share in the company. Compuware Corporation (NASDAQ:CPWR) management has been on its toe since Elliott entered the equation including cost-cutting measures, sale of underperforming assets, offered a dividend, and spun off Covisint through with a public offering.

The closure of this acquisition will add another star to the Elliott’s management, which has a history of purchasing stakes in technology companies and later the company end up selling itself. Some of the examples include Novell, which ended selling itself to Attachmate and Elliott put pressure on BMC, software maker, to sell itself, which it did.