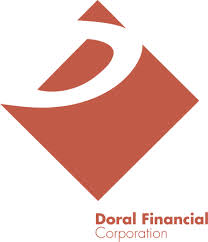 The shares of Doral Financial Corp. (NYSE:DRL) rose up to 27.60% after winning a tax refund claim against the Puerto Rico’s Department of Treasury. The treasury department would be liable to refund $229 million over the next five years.

Doral Financial Corp witnessed an elevated trading session with nearly 1,624,350 shares exchanged during the day’s trading against a regular average of 530,659. The financial group had an agreement with the Puerto Rico government in 2012 under which the government was to refund the tax amount. However, after the government overthrew any tax refund talks, Doral Financial Corp. (NYSE:DRL) took the matter to the court and hence winning the claim.

One of the primary reasons for the tax dispute was the slowing down Puerto Rico’s economy, which has struggled through the last decade to repay its debts. All the three largest credit rating authorities dropped Puerto Rico’s ratings to speculative grade earlier this year considering its inability in coming up with the $73 billion debt repayment.

Matthew McGill, Chief Legal Counsel for Doral Financial Corp. (NYSE:DRL), said, “The court carefully listened to all the evidence and has ruled definitively that Doral’s tax agreement is valid and effective. It’s a great day not just for Doral but also for the rule of law in Puerto Rico.”

At the same time, the Department of Treasury of Puerto Rico confirmed to appeal against the decision and Melba Acosta, secretary of the department, said, “We respectfully disagree with the court’s ruling in this matter, which is inconsistent with the Internal Revenue Code, applicable laws and regulations.”

Under any circumstances, this is a welcoming decision for Doral Financial Corp. (NYSE:DRL) as the bank didn’t file any annual profit since 2005. The bank was under significant pressure from the Federal Deposit Insurance Corp., which downgraded its rating to “significantly undercapitalized” and the bank was in immense need to increase its capital at par with the consent order of 2012. In case of its inability to do so, the bank must prepare for liquidation, merger, or provide an immediate contingency plan.

Read: 6 Qualities That Make You A Good Team Player