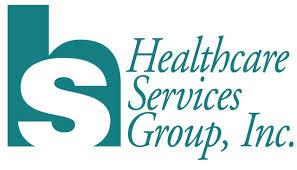 On Tuesday after the markets closed, Healthcare Services Group (HCSG) reported in-line first-quarter 2014 results. More specific, the company reported total sales of $312.2 million, up 14.0% year-over-year and exactly in line with the consensus forecast; earnings per share were $0.21, also spot on the Street target.

Top-line growth of 14.0% represented a solid acceleration from the 9.7% growth rate reported during the fourth quarter, as the company’s recent contract win with a large post-acute operator helped fuel a return to double-digit organic growth, in our estimation. We believe the company’s business with this new customer exited the first quarter generating revenue near the full run-rate (with the final wave of facilities implemented in March); as a result, we expect the company’s growth to accelerate modestly toward a midteens rate during the second quarter, as it experiences its first full quarter of business with this client.

The company’s effective tax rate increased markedly from the year-ago period, to nearly 37% (versus our 35% target), as Congress has yet to renew the Workers Opportunity Tax Credit (WOTC). This drove EPS down a penny year-over-year, but pretax income was up a solid 22% year-over-year, a more-accurate reflection of underlying profit growth at the organization. We anticipate the WOTC will be passed in the second quarter (retroactive to the start of 2014), so the tax rate should normalize around 35% for the full year.

Beyond these developments, we view the first quarter as largely uneventful, with most financial metrics at or near our expectations. The company’s balance sheet remains pristine ($83.3 million in cash and equivalents and zero debt), and the quarterly dividend was raised for the 43rd consecutive quarter, to $0.1725 per share, showing the strong visibility inherent in HCSG’s cash-based, recurring-revenue operating model.