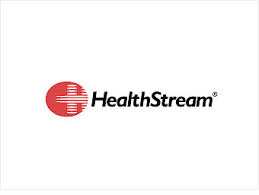 Last week, legislation delayed the transition to the ICD-10 coding system for one year, to October 1, 2015. HealthStream has captured meaningful market share for ICD-10 training, and revenue from ICD-10 content was 13% of sales in fourth quarter 2013, leaving some investors concerned that it is a temporary driver that has been inflating revenue growth rates over the last year. Moreover, some investors fear that the ICD-10 delay will have a negative impact on 2014 sales, and the stock has been under pressure since the announcement and a subsequent competitor downgrade citing the ICD-10 delay.

More specific, the delay might push some last-minute ICD-10–related bookings out of 2014, but the associated 2014 revenue impact should be minimal compared with the cumulative impact of roughly 400 two-year contracts (with ratable revenue recognition) signed through the end of 2013.