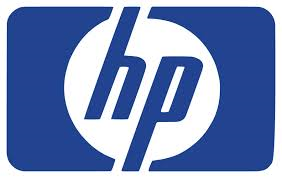 75 years since its inception, Hewlett-Packard Company (NYSE:HPQ) is due to split into two independent entities this year and survival in such a situation is likely to be tough. It is with such a scenario in mind that the company has been engaged in exploring new technological frontiers that would provide it with the much needed leeway in the market. After five years of dedicated efforts, the outcome is finally visible in form of Sprout, an all-in-one computing platform which features a dual screen and is capable of 3D printing too.

As was discussed on CNBC, Sprout is capable of performing a number of fancy tasks and a major plus point is that it has been constructed bearing in mind the inevitable wear and tear that such devices are invariably subjected to. Adding to the discussion was Sherri Scriber of Deutsche Bank who pointed out quite rightly that the 3D printing market at present could be viewed as being in its nascent stage, meaning there is plenty of room for development. Therefore, Hewlett-Packard Company (NYSE:HPQ)’s situation could be described as win-win from not just the expansion perspective but growth and reputation too.

To help propel it technology on to the market, the company boasts of a strong sales force and as per experts, its focus would be on the industrial segment wherein presence of such devices would definitely make a positive difference to the working atmosphere. What Sherri Scriber did point out was that given its size, there was room in it for Hewlett-Packard Company (NYSE:HPQ) as also several of the smaller players.

Richard Doherty, an analyst with Envisioneering was praiseworthy of Sprout when he said –

“Sprout may be the most important improvement in computing for the masses in the last 15 years or more. Nobody has integrated this much power into such a simple but also elegant professional package. I think for HP it’s a clear differentiator.”

For Eric Monsef, vice-president at Hewlett-Packard Company (NYSE:HPQ), it spells good news as also the realization of his ambitions but he has set the circa at 2016.