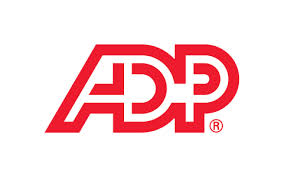 Albert D Mason Inc has net portfolio value of $268 million and Hormel Foods Corp (NYSE:HRL), Norfolk Southern Corp. (NYSE:NSC), Automatic Data Processing (NASDAQ:ADP) are among its top stock holdings, as per its recent SEC 13F filing on October 14. Albert D Mason Inc has its largest investment in energy sector and industrial firms. The top holdings of Albert D Mason account for 17.20% of its overall portfolio and it has considerable investments in consumer staples stocks. Norfolk Southern Corp. (NYSE:NSC) comes at number two in Albert D Mason Inc’s portfolio with net investments of $5.43 million and 48,655 shares of the company. It was an excellent second quarter 2014 for the transportation company with operating revenues of $3.0 billion and net income of $562 million. Some of the primary investors of Norfolk Southern Corp. (NYSE:NSC) include Citadel Investment Group ($97 million), Legg Mason Capital Management ($94 million), and Tetrem Capital Management ($73 million).