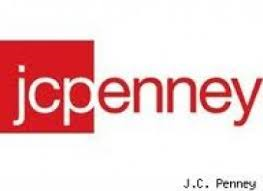 The shares of the struggling retailer, J C Penney Company Inc (NYSE:JCP), tanked 10.88% after the company announced a lower same-store sales forecast for Q3 2014. The company stated lower sales in September as the primary reason for cutting its sales forecast.

After the much awaited analyst day announcements from the retailer, the management announced a lower single digit growth in its same-store sales during the quarter. Unlike its earlier forecast of mid single digit sales growth, J C Penney Company Inc (NYSE:JCP) said that lower sales in September along with a “continued difficult retail environment” are the reasons for lower same-store sale forecast. Amid the announcements of lower sales in September, the retailer announced expected improvements in its gross margins in the next fiscal year and that the company would become cash flow positive.

Unlike the market expectations of a thorough reformation plan for the retailer and an insight into its both long-term and short-term goals, J C Penney Company Inc (NYSE:JCP) didn’t give much to the analysts. Analysts from Goldman Sachs Group Inc (NYSE:GS), Jayati Khurana, Stephen Grambling, and Christopher Prykull, said earlier that the retailer should update both of its short-term and long-term trends during the event.

They further expected to know the strategies used by the retailer to improve profitability as well as comparable store sales. At the same time, they didn’t expect any major strategic announcements or reformation steps from the company. Goldman Sachs analyst team is expecting a loss of $0.70 per share for the third quarter of the retailer.

Another expert, Brian Sozzi, Belus CEO & Chief Equities Strategist, said that this would be the perfect opportunity for the retailer to announce store restructuring. He further added,

“with the top and bottom lines moving in the right direction (store closures won’t be viewed as a sign of weakness), analyst day is the right moment to announce a store base restructuring that in our view, was in careful consideration this past summer.”

Read: 20 Most Profitable Industries in America