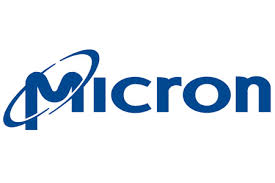 The shares of Micron Technology, Inc. (NASDAQ:MU) grew 4% after its $1 billion stock buyback announcement. The company would initiate $1 billion worth of discretionary share repurchase of its outstanding common stock.

“Our business continues to generate strong operating cash flows, enabling us to invest in our strategic growth initiatives while also returning capital to investors.”

The company is likely to engage in open market purchases, private transactions, block trades, and derivative transactions. The company would use in-hand cash for any of these repurchases. Micron Technology, Inc. (NASDAQ:MU) reported net revenue of $4.23 billion for its fourth quarter 2014 and non-GAAP net income of $916 million attributable to its shareholders. This was welcoming news for the shareholders as the company last repurchased its shares in 2011, the transaction involved repurchase of 19.7 million shares of the company. Earlier, the CEO of Micron Technology, Mark Durcan, said that the company was optimistic about the growth in chip demand.

“Demand elasticity has declined from historical levels and cost-per-bit is no longer the major factor driving demand growth. For NAND, we are projecting industry supply growth in the high 30% to low 40% range for 2014. This includes an increase in industry wafer production of just over 10%, with the remaining supply growth coming from technology.”

Further, the company is said to be looking for more uses of its microchips in the automotive industry. Srini Sundararajan, analyst at Summit Research Partners, said,

“DRAM is in shortage currently to the extent that even Apple (NASDAQ:AAPL) and Samsung are kissing and making up when it comes to DRAM.”

He further added that as much as 65% of the overall business of Micron Technology is in DRAM only.