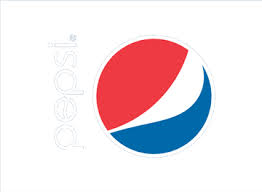 The battle between the world’s leading soft drink companies, PepsiCo, Inc. (NYSE:PEP) and The Coca-Cola Company (NYSE:KO), isn’t about to die down. Just recently, Coco-Cola launched Coca-Cola Life in the U.S., a drink sweetened using a mid-calorie cola called stevia, and now Pepsi has announced that it will avail Pepsi True mid this month exclusively on Amazon.com. Pepsi True is also sweetened with stevia.

PepsiCo, Inc. (NYSE:PEP) announced that its new drink has 30% less calories than the normal Pepsi drinks. The company expects to capture more of the health conscious individuals who like soft drinks with all-natural sweeteners, meaning less sugar as well. And of course it will be packed in a green can, just as The Coca-Cola Company (NYSE:KO) company has packaged Coca-Cola Life in a bottle with green color at around the neck. The Coca-Cola Company (NYSE:KO) will have to act fast and first in order to convince the masses before Pepsi steals the show. While Pepsi True will be available mid-month, Coca-Cola had begun testing Life in different stores in the U.S. and is expected to roll out the product throughout the country next month.

“The cola wars are alive and well,” says John Sicher, publisher of Beverage Digest. “Now, both Coke and Pepsi have similar products with Coke Life and Pepsi True. Who will win? The consumer.”

PepsiCo, Inc. (NYSE:PEP) is said to have chosen the Amazon.com way in order to test the product with customers before being availed through the bottles. Besides testing, the company will also be able to create awareness about the product before going into massive expenditure to distribute them to different stores.