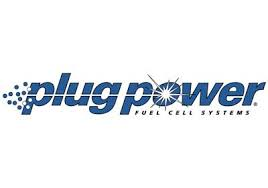 The shares of Plug Power Inc (NASDAQ:PLUG) surged 9.57% higher to close at $4.58 after the CEO announced a financing deal for new customers. The company is likely to surpass analyst’s estimate for earnings for 2015 fiscal year.

According to the latest announcement, Plug Power Inc (NASDAQ:PLUG) and M&T Bank Corporation (NYSE:MTB) have reached a new agreement under which the bank will provide financing for Plus Power Inc’s first time customers interested in fuel cells, services, and refueling stations. Andy Marsh, CEO of Plug Power Inc (NASDAQ:PLUG), said that it will offer financial freedom to the customers transitioning from diesel and battery-powered equipments to hydrogen fuel cells. The financial aid would be available for fuel cells, service and refueling station package and it will offer a one-stop-shop experience for the customers. Marsh said,

“For the first time, we have a formal package and offer that we can just set in front of the customer.” Marsh further added, “Many financial service businesses understand the dollars and cents to a certain extent, but M&T took the time to understand the Plug Power business model and what we are trying to offer — which allowed them to present a more attractive package.”

This new financing deal with M&T Bank Corporation (NYSE:MTB) is likely to help Plug Power Inc (NASDAQ:PLUG) in improving its revenue to $130 million in 2015. Marsh added,