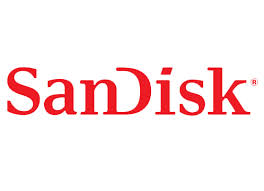 SanDisk Corporation reported net revenue of $1.75 billion for its third quarter 2014 with a 7% year-over-year increase and GAAP net income of $263 million. The net income witnessed a decline as compared to the second quarter 2014 and also in comparison with the same quarter in the prior year period. Similarly, GAAP net EPS for the quarter fell to $1.09 with a decline from the prior year quarter at $1.18.

“Third quarter results reflect the strength of our diversified product portfolio, broad customer engagements and solid execution. Demand for NAND flash continues to be strong across mobile, client and enterprise, where SanDisk’s innovations are creating significant opportunities. As we focus on closing a record 2014, we also look forward to building upon our success in 2015.”

Betsy Van Hees, analyst for Wedbush Securities, said that the revenue “is a bit of negative surprise given how strong the launch of the Apple’s next gen iPhones have been and the addition of recent acquisition Fusion IO.” The chipmaker acquired Fusion-io during this quarter at net cost of $1.1 billion.

In addition to it, SanDisk Corporation (NASDAQ:SNDK) is likely to report lower revenue for the fourth quarter 2014 and its revenue is likely to fall between $1.80 billion and $1.85 billion, although the analysts’ estimates for the quarter was $1.88 billion. The chipmaker announced dividend of $0.30 per share for its fourth quarter and it will net payable on November 24 to the shareholders of record on November 3.

Read: 7 Bad Habits that Age You Beyond Your Years