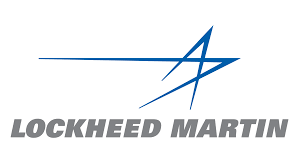 ‘Apprehensive’ is how the forthcoming weeks could be described as being for Lockheed Martin Corporation (NYSE:LMT) owing to its F-35 fighter jet due for being tested on USS aircraft carrier Nimitz. Scheduled to be held off the cost of San Diego, the reason underlying the test is to adjudge the suitability of the navy-based versions of JSF, an acronym for Joint Striker Fighter for operations.

These planes have been undergoing tests with the Navy for the last five months, much to the anxiety of pilots because the first design not only lacked strength but also failed to engage the cable sufficiently. As a result, making a landing was akin to being punished and as per pilots, it put a lot of stress on the aircrafts too. Subsequent to having been redesigned by Lockheed Martin Corporation (NYSE:LMT), the shape of the hook has been changed as also the joint wherein it connects to the aircraft. Collectively referred to as the Arresting Hook System, it is this aspect which will form the focus of the forthcoming tests wherein the F-35 aircrafts will make landings using this gear. Having invited a group of reporters to witness the performance, Lt General Chris Bogdan, who happens to be the chief of the program, was optimistic and also expressed the intention of the Pentagon to sell the jet to interested overseas buyers. Israel is one of the countries which has already acquired this version of the Lockheed Martin Corporation (NYSE:LMT)’s aircraft in 2010 and plans to fortify it with a second batch comprising of 25 more.

While Jeannie Groeneveld, a Navy Commander, reiterated that testing was subject to suitability of weather conditions and other requisites, Mike Rein, spokesperson for the company said –

“It will be another milestone for the program and for the Navy’s plans to declare an initial operational capability.”

As a part of the $399 billion program undertaken by Lockheed Martin Corporation (NYSE:LMT) to develop three models of the aircraft, this testing is expected to play an instrumental role in determining the clearance from top officials.

The 5 Most Gang Infested Cities In America

The 34 Smartest Countries in the World