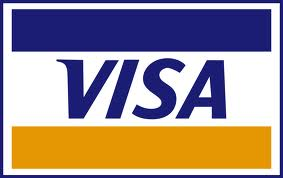 Visa Inc (NYSE:V) reported on Thursday a stronger results for the quarter as e-commerce transactions, which is mainly card-based, proved to be “extraordinarily strong during the holiday season.” Total volume for Visa card transactions grew to $1.90 trillion from $1.84 trillion. Lower oil prices, along with a stronger U.S. job market, factored in higher consumer spending, although it was not yet gaining momentum, according to chief executive Charles Scharf.

Wall Street on average had expected an earnings of $2.49 per share, but Visa Inc (NYSE:V) managed to post $2.53 per share, a mark-up of 4 cents per share, an 11 percent growth compared to the same quarter of the previous year, on a net income of $1.6 billion. Revenue for the quarter was $3,38 billion, up 7 percent from the year-on-year quarter and beating analysts estimates of $3.34 billion. According to the company, growth in revenues from services, data processing, and international transactions was adversely affected by the strong U.S.dollar.

Despite persistent challenges on the “macro global environment,” however, Visa Inc (NYSE:V)’s “results have remained consistent and reflect the strength and underlying resilience” of its business model, CEO Scharf said in a statement. He added that the company’s focus is towards “long-term strategic initiatives, driving new technologies and ways to pay” while pursuing collaboration with  “governments, issuers, acquirers, and merchant partners.”

For the 2015 fiscal year, Visa Inc (NYSE:V) reaffirmed its guidance as previously provided, expecting low double digits for net revenue growth, taking into account for negative currency headwinds to create an offset of 2 percent. Client incentives is expected to run between 17.5percent to 18.5 percent of annual gross revenue. Operating margins is estimated to be in mid-60’s, while earnings will be in mid-teens. Free cash flow is expected to be at $6 billion for the whole year. A four for one stock split, which grants additional three shares for Class A shareholders by March 19, was also announced for shareholders on record as of February 13.

The 10 Biggest ‘Gate’ Controversies in History