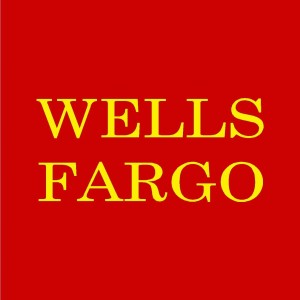 The world’s largest bank, Wells Fargo & Co (NYSE:WFC), is accelerating its global expansion while keeping an eye out for bad investments. The bank is on the lookout for stable loan portfolios in the European economy.

One of the executives from the bank mentioned its cautious approach while investing in its international expansion to avoid ailing investments. The head of wholesale banking for Wells Fargo, Tim Sloan, said,

“A lot of banks have issues that we don’t have, so we’ll focus on what we’re good at. We’re not that interested in acquiring new businesses that we’re not familiar with.” Wells Fargo & Co (NYSE:WFC) has been quite active towards global expansion in the last four years including its $6.4 billion UK commercial real estate loan portfolio purchase from Commerzbank AG. The bank purchased Burdale, asset-backed lender, for $862 million and its investment in oil business with one of BNP Paribas SA (EPA:BNP)’s North American oil businesses is another step towards global expansion.

The shares of Well Fargo have grown 17.91% year-to-date with twofold growth in its share prices in the last two years. While talking about acquisitions, Sloan added,

“The theme of all the acquisitions is they were good customers and in businesses we were very comfortable with. In terms of using our excess capital, those are the types of opportunities that make a lot of sense to us.”

Wells Fargo & Co (NYSE:WFC) announced its third quarter 2014 results last month with net income of $5.7 billion over the revenues of $21.2 billion during the quarter. Its diluted EPS was $1.02 during the quarter along with total average loans of $833.2 billion and average deposits of $1.1 trillion at the end of the quarter.

Earlier, the bank announced that it is undergoing discussion with the government authorities to resolve a lawsuit that puts the bank responsible for offering ineligible home loans under a federal insurance program.