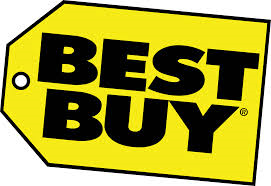 ‘Stupefied’ is the word that best describes market reaction when Best Buy Co Inc (NYSE:BBY) declared its third quarter results on Thursday, 20th November, 2014. As reported by CNBC, this is because contrary to the analyst prediction of an imminent decline in revenue figures, the company posted an increase. Even though the rise was recorded at less than 1%, it still indicated a hike in revenue with final figures having been poised at $9.38 billion and the rise was much more – 2.2% – in stores that have operated all through the year.

On being interviewed, Best Buy Co Inc (NYSE:BBY)’s CEO Hubert Joly seemed ebullient and yet expressed his concern for the upcoming holiday season. Unlike last year when the company indulged in aggressive pricing and lost out heavily on its bottom line, this year it has adopted a different approach as explained by its CEO in his following comment –

“We are applying more science behind our promotional and pricing strategies. We’ll have a more defined and structural approach to our promotional strategy, including greater analytics around competitive response plans.”

He went on to clarify –

“We are interested in (comparable sales gain) but not empty calories. We don’t want to be so addicted to the notion of positive (comparable sales) that we would do unnatural things from a promotional standpoint.”

Another point that he projected was that in spite of good results, the days ahead are likely to be not so smooth for Best Buy Co Inc (NYSE:BBY) owing to the fact that replenishments were becoming an area of concern. This means that while initial sales would be good, thereafter the empty shelves might take a long time to fill up. That said, it has ranked amongst the leading names to offer attractive discounts for the upcoming Black Friday shopping bonanza.

Owing to this bit of positive news, shares of Best Buy Co Inc (NYSE:BBY) which had recorded 11% decline since the beginning of 2014 gained by 7.7% and closed at $38.28 at the end of trading session.