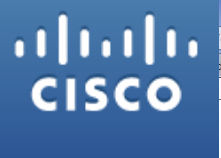 The networking giant, Cisco Systems, Inc (NASDAQ:CSCO), is all set to enter into a legal battle with Arista Networks Inc (NYSE:ANET) over copyright issues. The networking company has accused its smaller rival of patent infringement including up to 14 patent violations.

The shares of the accused Arista Networks Inc (NYSE:ANET) fell in excess of 8.50% after being accused by the networking leader, Cisco. One of the complaints filed by Cisco said,

“Rather than building its products and services based on new technologies developed by Arista, however, and providing legitimate competition to Cisco, Arista took a shortcut by blatantly and extensively copying the innovative networking technologies designed and developed by Cisco.”

Not only patent infringement but Cisco Systems, Inc (NASDAQ:CSCO) has accused its smaller rival of using its user manuals without seeking any consent from the company.

“Entire sections of our copyrighted user manuals, complete with grammatical errors, are included in Arista’s documentation.  In addition, Arista lifted over 500 of our multi-word command line expressions identically and directly from our “IOS” into Arista’s “EOS”, comprising almost half of their entire command line interface.”

“While we have respect for Cisco as a fierce competitor and the dominant player in the market, we are disappointed that they have to resort to litigation rather than simply compete with us in products.”

The general counsel of Cisco said,

“The heart of our action regards Arista’s deliberate inclusion in its products of 12 discrete and important Cisco features covered by 14 different U.S. patents.”

Cisco Systems, Inc (NASDAQ:CSCO) has struggled in recent years to improve its networking revenue, although its share prices have improved by 22.6% year-to-date. The shares of the networking giant fell nearly 1% in the day’s trading.

Cisco Systems Inc (CSCO) – A Tale of Crests and Valleys

The 10 Biggest Tea Drinking Countries in the World

Top 6 Ways to Improve Your Checkout Process and Close Sales