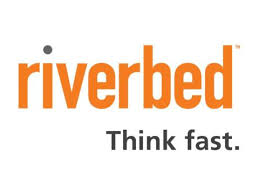 Riverbed’s first-quarter results were slightly ahead of consensus with revenue $400,000 ahead of the Street target and non-GAAP EPS beating the Street by a penny. During the quarter, solid enterprise and international sales were offset by continued weak U.S. federal sales, though management expects this vertical to rebound over the next couple of quarters as funding returns. Guidance for the second quarter was in line with the Street on both the top and bottom lines, and management believes that Riverbed remains on track to deliver 10% revenue growth in 2014.

Overall, Riverbed appears to be executing well on its transition to a multiproduct company and on its renewed focus on profitability. While the company still has work to do to get customers and partners alike to buy into its broader vision of locationindependent computing and its platform story, we are encouraged by the company’s more proactive marketing efforts, which includes rebranding virtually the entire product line in a more cohesive fashion, and its continued product-level innovation.

From a product perspective, the company benefited in the quarter from core WAN optimization strength (roughly 77% of sales), which was up 11% year-over-year following only 2.5% growth in 2013, with Granite (rebranded SteelFusion) breathing life into the product line. Meanwhile, Riverbed’s performance management business (rebranded SteelCentral; formerly known as RPM), which includes both the Opnet and Cascade product lines, declined 9% year-over-year due to a tough comparison resulting from Opnet’s pre-integration fiscal year close in the year ago period. At the same time, SteelCentral sales grew nicely in Europe and saw increased revenue contribution from channel partners.