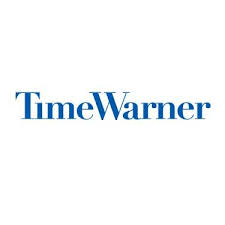 Time Warner Inc (NYSE:TWX) is finally ready with a road map to compete against the increasing online content service providers including Netflix, Inc. (NASDAQ:NFLX). The company is all set to launch HBO under a standalone online streaming service model in 2015.

Richard Plepler, CEO and chairman of HBO, announced the new service during a Time Warner investor meeting. He said,

“That is a large and growing opportunity that should no longer be left untapped. It is time to remove all barriers to those who want HBO. So, in 2015, we will launch a standalone, over-the-top, HBO service in the United States.”

Plepler didn’t give out much details about the service for competitive reasons, although he said that the company would continue working with its satellite and cable TV partners for HBO.

The announcement could trigger similar services from other service providers and might even promote more cable TV subscribers to cut their cords. Other major pay TV networks including Showtime and Starz already indicated a similar approach in future. Pelpler saw the potential of this new model stating,

“In 2015 we will go beyond the wall and launch a standalone, over-the-top service with the potential to produce hundreds of millions in revenue.”

He further added that the company would do everything possible to grow its new model at both domestic as well as international markets. During his speech, Pelpler took into consideration the 10 million homes that depend upon broadband instead of cable subscriptions saying, “These consumers have no access to HBO. It’s a large opportunity that should not be untapped.”

“It was inevitable and sensible that they would eventually offer their service as a standalone application. Many people will subscribe to both Netflix and HBO since we have different shows, so we think it is likely we both prosper as consumers move to Internet TV.”

At the same time, the announcement is likely to thrill cable TV providers and Forrester Research analyst, James McQuivey, wrote, “Cable programmers like Viacom and A&E are thrilled that HBO is shining a light down a path they may all have to contemplate in the future.”

While putting up Time Warner Inc (NYSE:TWX)’s perspective, Plepler added, “…I don’t think anyone is upset, it’s their broadband and their ISP.”

With Time Warner and Netflix, Inc. (NASDAQ:NFLX) already in the game, the market might soon expect a large number of drifters in near future.